Crohn's disease is a painful and incapacitating disease. In France, it affects around 100,000 people, a high amount compared with other European countries. It is so far incurable and requires the financing of high-level research programs to develop new treatments.

Crohn's disease is one of the inflammatory bowel diseases (IBDs). It is a chronic inflammatory condition that may affect any part of the digestive tract. The ileum, the colon and the anus are most frequently affected. Lesions are segmented, asymmetrical, typically deep, separated by healthy areas, and may cause fissures, fistulas (holes in the gut wall) and stenosis. The disease progresses in phases with intermittent remissions (dormant, asymptomatic periods). It may be accompanied by extra-intestinal symptoms (articular, cutaneous, ocular, etc.). 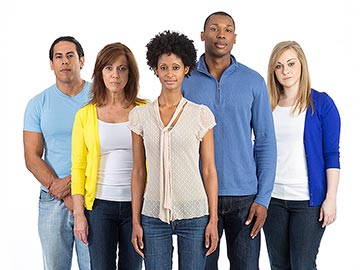 France is characterized by a high incidence of Crohn's disease (number of new cases per year), an exceptional situation compared with its European neighbors. Almost 4000 new cases of Crohn's disease are diagnosed every year. The onset of these conditions usually occurs in early adult life, with a peak between 25 and 30 years old. Over 10% of the patients are diagnosed before they are 17 years old.

A recent study (Epimad Registry) has shown a significant increase of its incidence (number of new cases per year) in the 10- to 19-year-old bracket, estimated at +79% over the 1988 to 2007 period. The disease is often severe for these patients, because it may progress over a longer period of time during their lives. It raises specific care issues, particularly to ensure acceptable growth in height and weight.

Symptoms: a painful and incapacitating condition

The main symptoms of this disease are abdominal pains, chronic diarrhea (presence of mucous and blood is rare) and weight loss. Bowel movement may be normal when the disease does not affect the colon. Moderate fever and fatigue may also be experienced.

Anoperineal lesions are frequent and affect more than 1 patient in 2 during their lives. This localization, associated with fissures, fistulas or abscesses, is considered as a sign of severity with symptoms that alter the quality of life (pains, uncontrolled discharges, suppurations, etc) and frequent need for surgery.

Almost one third of the patients will have, in the course of the disease, symptoms outside the digestive tract: mouth ulcers, rashes, rheumatisms, hepatic, ocular or urological impairments, etc.

Crohn's disease progresses in stages with intermittent remissions that can last up to a few months. Attacks of varying intensity occur one after the other unpredictably. Symptoms can sometimes be so severe (inability to eat, hemorrhages, diarrhea, etc) that hospitalization is necessary.

In children, Crohn's disease leads to malnutrition, which may cause severe failure to thrive.

A number of not rare and sometimes inaugural complications add burden to the medical and surgical care of these patients: severe colitis, fistula, stenosis, cancerous degeneration with a risk 18 times higher than in general population after 20 years of progression of a pancolitis form of the disease.

The chronic inflammation of the digestive tract characterizing IBDs appears to be the consequence of an abnormal immune response of the bowel to intestinal flora components in genetically predisposed subjects, due to environmental factors.

Such susceptibility has been suggested for many years in the light of the high number of patients in specific ethnic groups, the rare association with genetic diseases and especially the observation of family cases (where similarities in disease presentation are frequent) and the concordance of disease in twins. 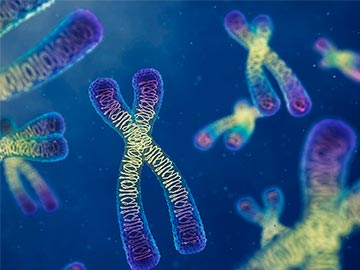 Since 2001, when the first susceptibility gene for this disease was identified (NOD2/CARD15 on chromosome 16), nearly a hundred of other genes have been highlighted. Considering the frequency of these conditions, the absolute risk for 1st degree relatives (father, mother, siblings, children) to get the disease amounts to approximately 1% (vs. 0.1% in the general population) and up to 6% when several siblings are affected. However, there is so far no indication for a genetic investigation. The parents of Crohn's disease patients may be informed that they are slightly more at risk so that they quit smoking (tobacco use is the only clearly identified risk factor) and seek early medical advice if suggestive digestive symptoms appear.

The role of these risk genes, their interactions and the consequences of their mutations are researched intensively, but their burden in the pathophysiology of IBDs remain moderate and IBDs are never hereditary diseases.

It is characterized by abnormalities of the innate immune response and of the specific immune response: Innate immune response is the first non-specific and immediate line of defense of the body. A whole series of mechanisms are involved, including increased intestinal permeability, particularly to bacteria of the digestive tract, which are then able to cause inflammation and attract immune cells to the gut wall.

These specialized immune cells will trigger a specific response against the components of the patient's own intestinal flora, thus causing persistent inflammation of the small intestine or the colon.

The study of migrating populations is particularly interesting and has clearly demonstrated that certain populations with an initially low incidence have seen this measure increase rapidly to match the one of their host country, thus illustrating the importance of lifestyle in the onset of these diseases.

Many risk factors have been reported. The only ones that have been clearly established so far are tobacco use (the mechanisms remain unknown to this date, but are not related to nicotine) which protects from UC but promotes and aggravates Crohn's disease, and appendectomy (in childhood), which protects from ulcerative colitis.

The Influence of Intestinal Flora 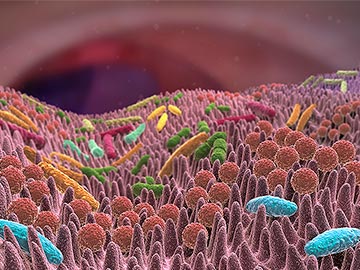 It is now well documented that intestinal flora, or microbiota, plays a key role in IBDs.
This is illustrated by various observations:

All these observations pave the way for new research prospects, the implementation of new diagnostic tools and new hopes for treatment and prevention.

The objectives of the treatments currently available are to instantly control attacks and to prevent recurrence. They also aim at maintaining the patients' quality of life. No treatment offers a complete cure for the disease.

The first therapeutic approach to be implemented is the complete and definitive cessation of tobacco use, which has an important impact on the severity and progression of the disease.

Aminosalicylate derivatives show little efficiency in the treatment of Crohn's disease attacks. Their role in reducing the risk of colorectal cancer occurrence in colonic forms is important.

Corticosteroids are the basic treatment of moderate to severe intensity attacks. They are used over short periods of time, in order to limit the side effects. Corticosteroids are ineffective to prevent recurrence. They should not be used as a maintenance therapy.

Immunosuppressants have extensively developed. Their action is very targeted towards certain components of the immune system: AZATHOPRINE, 6-MERCATOPURINE and METHOTREXATE are the most commonly prescribed as a maintenance therapy. As their onset of action occurs within a few months, they cannot be used as a monotherapy for the treatment of flare-ups. They are used in progressive forms of the disease or challenging therapies.

Biotherapies: INFLIXIMAB (called Rémicade in Europe) and ADALIMUMAB (Humira) are monoclonal antibodies that inhibit TNF-alpha, an inflammatory molecule produced in excess during Crohn's disease. This treatment can be used to deal with refractory attacks, fistulising forms and as a maintenance therapy. Other antibodies directed against TNF-alpha are being tested.

Antibiotics are prescribed to manage the proliferation of bacteria in the small intestine, triggered by stenosis or fistula.

Antidiarrheals slow down the travel of foods through the intestine.

Antispasmodics relieve abdominal pains. Their action against spasms focuses on nerve fibers, muscle fibers, or both.

In addition to an appropriate diet, nutritional treatment may prove necessary. Used as an adjuvant therapy or as a specific treatment, such nutritional assistance may be enteral (through a nasogastric tube) or parenteral (intravenously).

Surgical treatment is necessary in case of unfavorable disease course or if complications appear (stenosis, fistula, etc.) Unfortunately, it does not provide definitive treatment.

Therapeutic protocols: a chance for patients! Despite significant progress over the last few years, the problem is not settled and many patients "escape" their treatment. The purpose of these protocols is to test new therapeutic options, but also to optimize treatment schemes.

It is clear evidence that the microbiota, or intestinal flora, play a critical part in Inflammatory Bowel Diseases. Based on samples from families with several cases of Crohn's disease, this work aims at emphasizing and characterizing bacteria specifically associated with this condition, and identifying at-risk subjects (non-diseased) who carry this microbial species to consider providing them with a preventive treatment targeting the species. This study will also follow for the first time the mode of transmission of microbial species over time in a family. 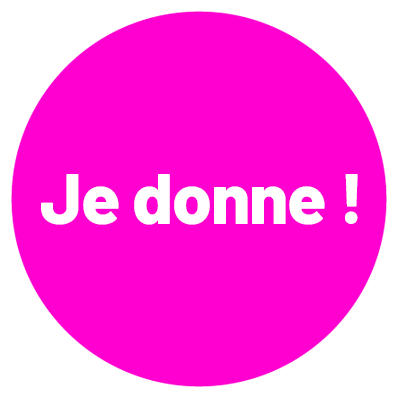