Celiac disease, or gluten intolerance, is a common and constantly increasing disease in many countries (particularly in the United States and in Finland). It is underdiagnosed despite its frequency and is a real public health problem. No treatment can cure this lifelong condition. Research endeavors to find an alternative to the diet.

Celiac disease or gluten intolerance is triggered by gluten ingestion in genetically susceptible people. The resulting abnormal immune reaction leads to the atrophy (reduction in size) of the villi, starting in the proximal part of the small intestine and then extending to the rest of the small intestine. These villi are responsible for the absorption of many nutrients, including calcium, iron and folic acid. Their destruction results in deficiencies, or even signs of malnutrition despite normal feeding.

Gluten is a protein found in many cereals (rye, wheat and barley). Disease-inducing gluten proteins are gliadins found in wheat and spelt (a cereal related to wheat), secalins found in rye and hordeins in barley. In a healthy subject, these proteins cannot penetrate the gut wall. In celiac disease, this impermeability is altered, resulting in an inflammatory reaction and an immune response directed against these gluten protein fractions.

The causes of this disease are so far unknown. Scientists all agree it results from a combination of genetic and environmental factors, particularly linked to eating habits in childhood. 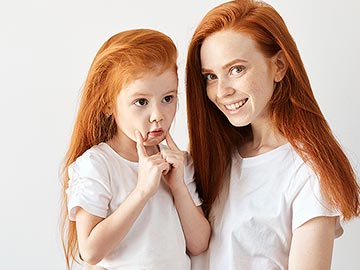 A 70% concordance (vs. 10%) of the disease incidence in monozygotic twins and the frequency of familial forms (risk increased by ten in the sibling of a celiac person compared with general population) show the hereditary nature of this condition.

The genetic risk largely depends on a component located in the HLA (Human Leucocyte Antigens) area of chromosome 6.

Over 95% of celiac disease patients express molecule DQ2 or DQ8 encoded by genes HLA-DQA1 and HLA-DQB1. 30 to 40% of the general population also carry the alleles HLA-DQ2 and/or DQ8, but will never develop the disease. This is an indication that other susceptibility areas are also involved in the development of the disease and that there are other than genetic factors to the onset of the condition.

Several non-HLA sites located on chromosomes 6, 15 and 19 have been recently described.
The study of these genes has been crucial in understanding the disease. DQ2 and DQ8 molecules play a key part in the inflammatory response of CD. They bind to gluten-derived peptides through a tissue enzyme (transglutaminase), and present them to certain gluten-sensitive intestinal cells (T cells), thus causing intestinal inflammation. 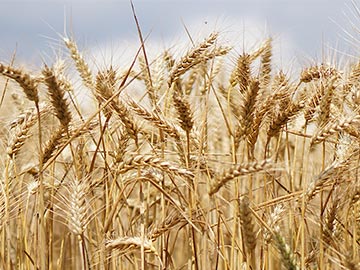 Gluten triggers the immunological response in celiac disease. It acts as an antigen that causes the production of antibodies. Some intercurrent inflammatory processes, such as intestinal infections or stress, may also participate in the disease genesis by altering the intestinal barrier (through increased permeability). The age of gluten introduction and the dose of ingested gluten may also be involved.

Numerous studies estimate its prevalence in Europe and Northern America to be 1% of the population, which would be 600,000 affected people in France. Only 150,000 cases have been reported!

All experts agree that this incidence is highly underestimated, especially considering the existence of silent, paucisymptomatic or atypical forms of the disease. Celiac disease is likely to affect 5 to 10 times more people than currently estimated. Diagnosis is simple though: it is based on anti-transglutaminase antibodies detection in a simple blood test, followed by an eso-gastro-duodenal fibroscopy for histologic confirmation.

Celiac disease can be diagnosed at all stages in life, but there are two peaks of frequency: within 6 months to 2 years of gluten introduction, or in adults, generally between 20 and 40 years old.

In newborns and young children, diarrhea is very often present with, as with all IBDs, a negative impact on their growth.

The main complications of celiac disease are their association with other autoimmune diseases that may affect any organ (thyroid gland, pancreas, pituitary gland, etc) and an increased risk of cancer, most particularly lymphomas that are 4 times more frequent than in the general population. These complications justify a treatment with a gluten-free diet.

So far, there is no definitive or preventive curative treatment for this disease.

Currently, the only efficient medical response is the complete exclusion of gluten from the diet. Such exclusion leads to a clinical, serologic and histologic remission of the disease and reduces the risk of complications.

It is essential to have had an accurate, documented diagnosis before taking on a gluten-free diet.

This strict, lifelong diet is a real challenge, not only during collective meals (nurseries, canteens, etc), but also when choosing food products and drugs where gluten may be present as an ingredient or through contamination.

Unlike in allergies, the accidental ingestion of gluten will not trigger any immediate violent reaction (no anaphylactic shock).

Research focuses on the understanding of how the immune system is activated, and the identification of substances capable of digesting and detoxifying gluten, in order to eventually develop an alternative to the gluten-free diet.